Welcome to a fairytale land. Let yourself be enchanted by the ancient and mythically beautiful natural landscape of the Elbe Sandstone Mountains. With more than 700 square kilometres of space, it is one of Europe’s last large wildernesses. The most beautiful parts of this region, with its valuable flora and fauna, are protected as a cross-border national park. Step into a world free of noise, deadlines and everyday life.

Bohemian Switzerland at a glance

The currency is the Czech crown (CZK).

Czech is spoken as an official language, but many people can speak English or German.

It takes 2 hours to drive from Prague to Bohemian Switzerland.

The main landmarks of Bohemian-Saxony Switzerland can be toured in one day. However, it is recommended to spend 2-3 days there.

The area is located in mild climatic zone with four seasons – spring, summer, autumn, and winter. There is usually snow in winter.

History of the area

The territory of the newest National Park Bohemian Switzerland, the Czech Republic (the fourth national park in order), is a part of wider area of Elbe Sandstones, called Bohemian and Saxony Switzerland already for two centuries. Besides others, two Swiss painters – Adrian Zingg and Anton Graff – contributed to the romantic name of the landscape. In the second half of the 18th century they worked at Academy in Dresden and used to travel along Elbe to locations between Pirna and Hřensko. With their artworks they laid the foundations of local veduta creations and promoting nature beauties. It was already in the second half of the 19th century when the territory became very popular thanks to the then owners of the dominion: the Kinskys and the Clary-Aldringens, who opened places of interest to public – e.g. gorges on Kamenice, Pravčická brána, or outlooks by Jetřichovice.

Romantic attraction of the landscape led to forming the oldest mountain societies on the territory of the present Czech Republic, i.e. Mountain Society for Bohemian Switzerland (Gebirgsverein für die Böhmische Schweiz), founded in Děčín in 1878, and Mountain Society for the Northernest Bohemia (Gebirsverein für das nördlichste Böhmen), founded in Krásná Lípa in 1885.

Attempts to legally protect Bohemian Switzerland date back to the beginning of the 20th century. However, the area of Elbe sandstones got compact upkeep as late as in 1972, when Chráněná krajinná oblast Labské pískovce (Protected Landscape Area of Elbe Sandstones) was declared. 28 years later, a territory with the highest protection level was declared in its most precious part – the national park. National Park Bohemian Switzerland was declared on 1st January 2000 on total expanse of 79 km2, and 97% of this consists of forests.

The seat of Administration of the National Park is the town Krásná Lípa. The main subject of protection in the National Park Bohemian Switzerland is the unique morphology of the group of rocks and consequent variety of plants and animals. Countless rock ridges, canyons, sandstone towers, and tablelands rising up infinite forests, fascinating all perceptive visitors, are characteristic.

The landscape of the Czech chalk basin is enriched with Tertiary igneous rocks. Among them dominates the highest one of them – Růžový vrch (619 m altitude) – with primeval forests ecosystems. The Elbe Canyon in Hřensko is by contrast the lowest point in the Czech Republic (114 m).

Rests of natural forests are kept on inaccessible rock promontories. There are some rare animal species, such as a garden dormouse, peregrine falcon, black stork, Eurasian lynx, or some kinds of insects which are rare to see anywhere else. From vascular plants let’s mention at least the characteristic wild rosemary, black crowberry, alpine yellow-violet, or twistedstalk. Plentiful occurrence of ferns is typical and a hard-fern is characteristic species in the area. From non-vascular plants you can see numerous species of bryophytes and many rare species of fungi. Climatic inversion is typical: the cold air trickles down to the bottoms of ravines, creating so called reversal of vegetation levels. As a consequence, there are submontane and montane plant and animal species in the altitude of 150 m.

Extraordinary harmony of nature is completed with numerous folk architecture objects – log houses and half-timbered houses with a special type of construction – in villages around the borders of the national park. 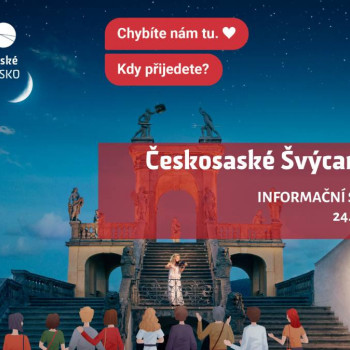 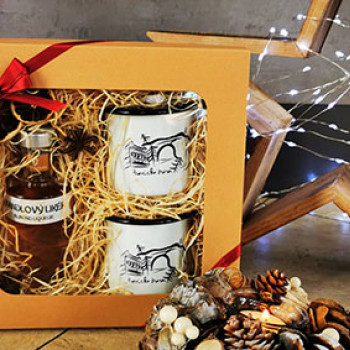 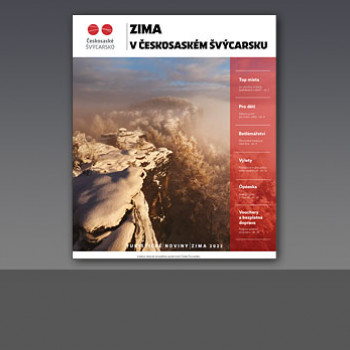 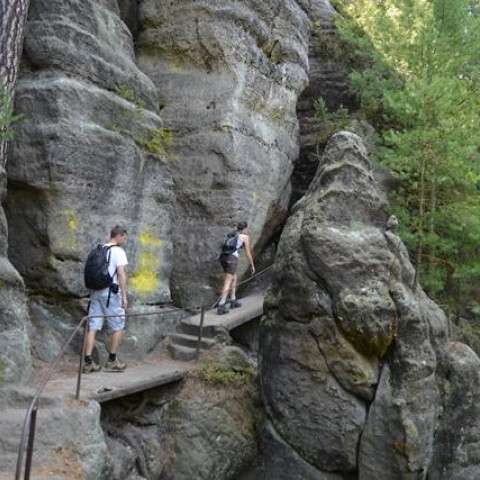 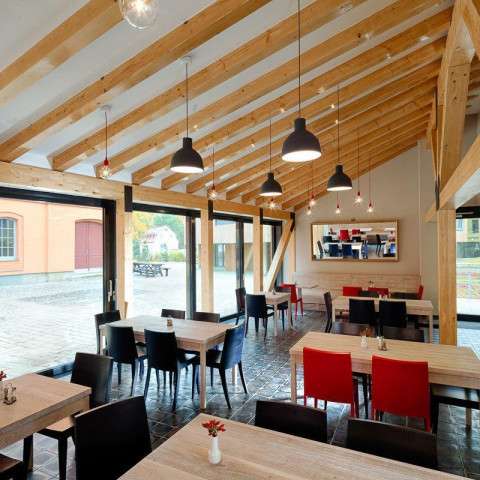 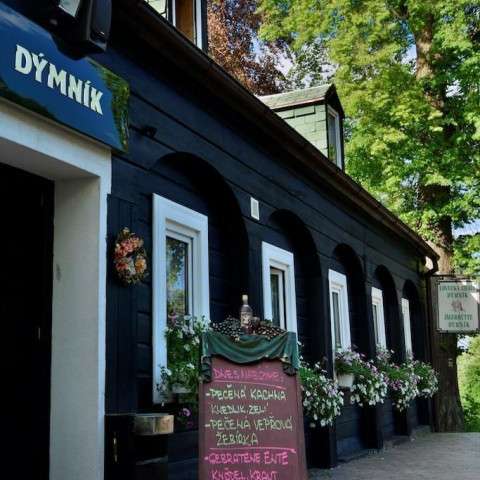 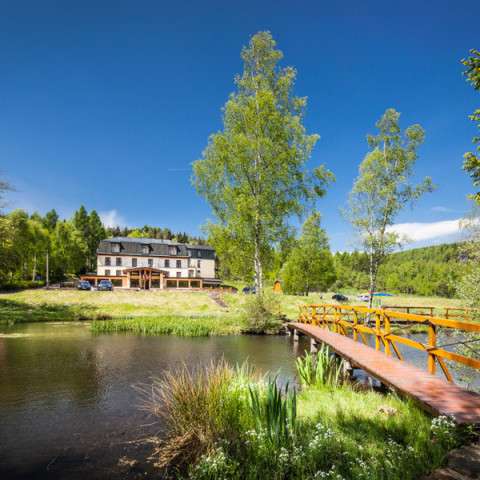 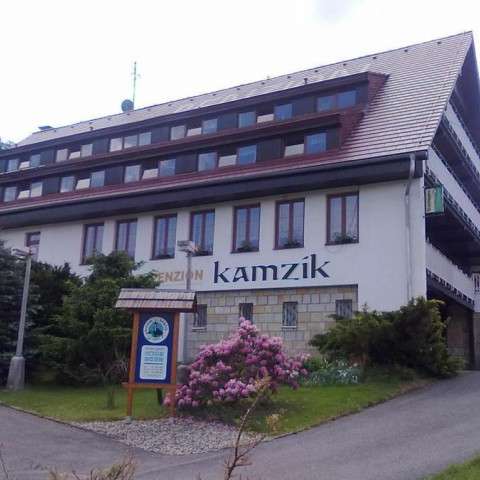 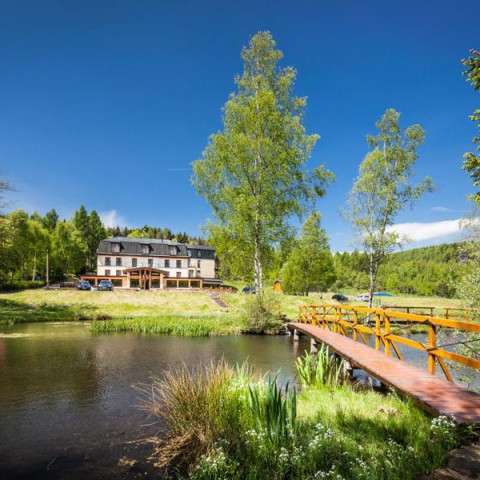 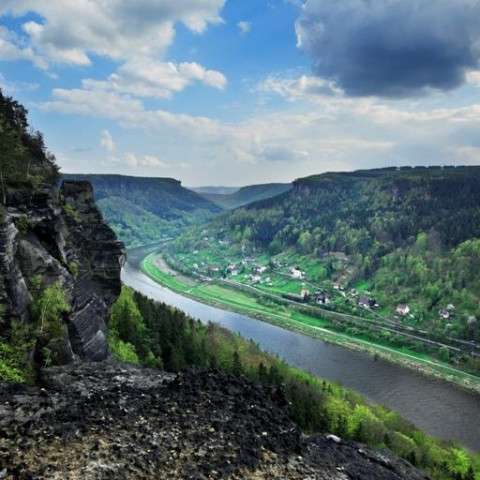 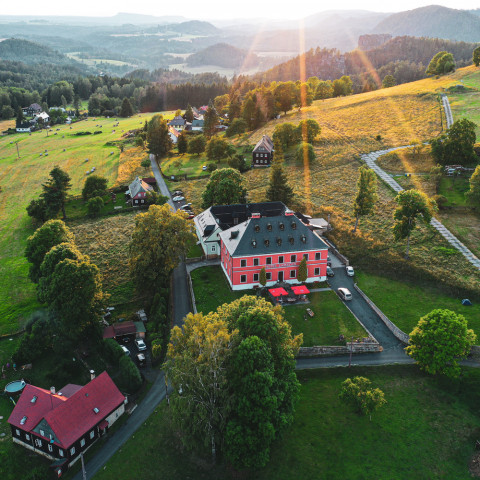 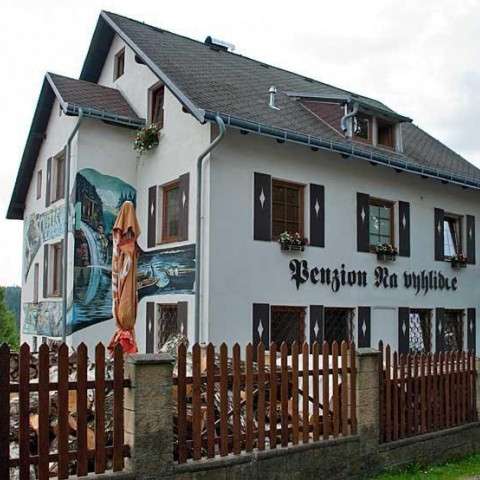 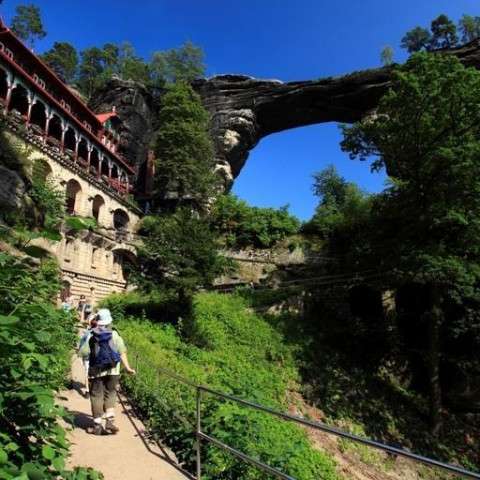 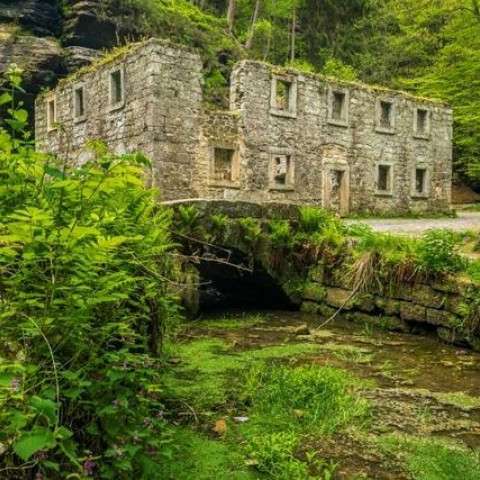 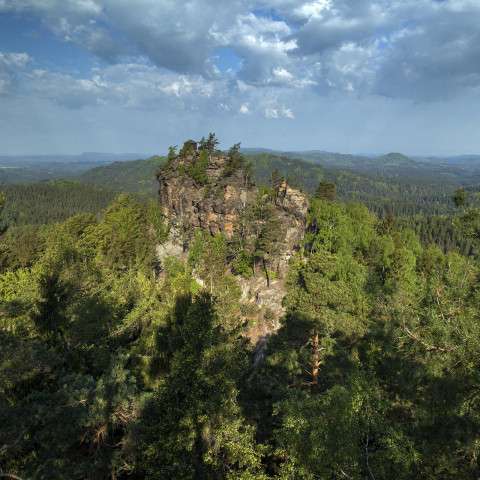